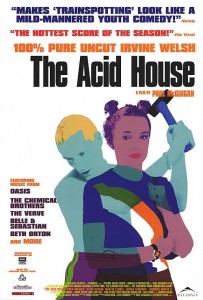 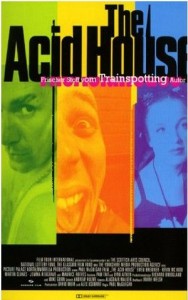 Now as I mentioned before, this is an anthology film, and a great one at that. The three stories are each about 35 minutes, and they move at a very quick pace. The first one drags a bit towards the beginning, but once the twist comes, the minutes buzz by quicker than you can shoo a fly away from your food. While this review would be more fun — and perhaps better — if I revealed all the spoilers, I think it would be at the detriment to your enjoyment of the film. The twists are loads of fun, and really should be experienced firsthand. Just know that in these tales, anything goes.

Nothing in the narratives connect the three stories other than the general setting, but the three main characters are all variations on the theme of the loser. The first kid is a loser because he squanders every opportunity before him, no matter what it is. Wherever he could have done something meaningful, he instead took the easy route of little effort. The second guy is a loser that knows he’s a loser, but allows everyone to do whatever they want to him because he’s a softie. He doesn’t want any of this stuff to happen to him, but it does because he just doesn’t know how to do anything else. The final character is a loser by choice, actively choosing not to participate or give a fuck. Even when the big twist happens in his story, he doesn’t really care, he just keeps on doing what comes naturally: giving in to his carnal pleasures.

The Acid House is exceptionally well-written, and I attribute that to Irvine Welsh actually adapting his own stories. The poster advertises “100% PURE UNCUT IRVINE WELSH” insinuating that Trainspotting was a bit watered down. I haven’t read the source material, but no one would ever call the content in The Acid House watered down, and the power of the fucked up events is definitely captivating. I’ve never been one to watch an old man get fucked in the ass by his old lady with a strap-on, but damn if I didn’t enjoy it here. I highly recommend The Acid House to similarly fucked up individuals.

The Acid House was a Reader’s Choice selection from Rodney of Fernby Films.