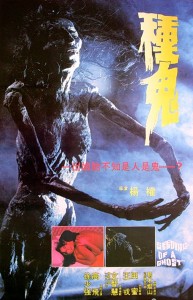 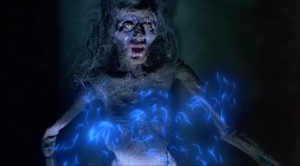 The film does open somewhat slowly by choosing to focus on the taxi driver’s wife, who works as a casino dealer, and her affair with a rich high roller. In the past I might have seen this as boring and wondered what exactly this had to do with seeding ghosts, but I now recognize it as a setup for two devious adulterers to get seriously fucked up, black magic style. The film throws a bit of a curveball at the viewers, though, and instead of simply aiming the magic at these two, it shifts and becomes something different. To explain it further would be to spoil it, and as this film is actually readily available through Netflix and other US retailers, I don’t think I should be too candid about the plot.

I will say that if you have a general rule not to watch a movie with fairly graphic necrophilia, then you should definitely find another film to watch. But for those unshy about such things, and if you’re watching black magic movies you really need to keep your mind open to the possibilities of anything occurring on-screen, Seeding of a Ghost delivers the goods. In addition to some creepy necrophilia, there’s also an unforgettable scene when the ghost gets revenge by spirit-fucking her assailant. And we all know what unprotected sex leads to, so of course there’s an incredible demon baby, unlike anything you’ve seen before on-screen (even if it does kind of remind me of John Carpenter’s The Thing). I’ve probably said too much, but when it comes to these movies, it’s more about the actual visuals than having something vaguely described to you. 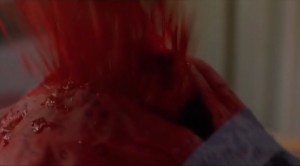 One of my favorite aspects of Bewitched were the incredible magic battles between the Buddhist monk and the black magician. They are easily the best representation of a magic battle I’ve ever seen in a movie. Seeding of a Ghost has one scene involving a similar fight, but instead of being a long, push and pull of intense magicians constantly one-upping each other, it’s a fairly quick battle that doesn’t seem all that hard-fought. But that being said, I still greatly enjoyed it, as anytime people are literally throwing around fireballs, especially ones that look as good as these, I’m happy.

If I had seen this film first, I’m sure I would’ve been more impressed with it, but up against the one-two punch of Bewitched and The Boxer’s Omen, Seeding of a Ghost just doesn’t live up. Regardless, it’s an incredibly fun film that I enjoyed greatly, made with skill and containing more than its share of wild, gross-out moments. It managed to shock me into fits of laughter multiple times, and as that’s pretty much exactly what I’m looking for in a Chinese witchcraft movie, I was quite pleased.

Not a trailer, but it gives you a good idea what you’re in for.