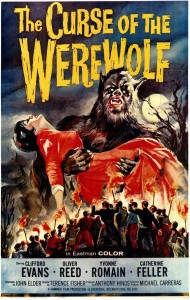 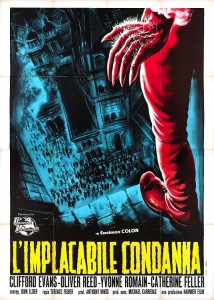 Terence Fisher is clearly on top of his game here, if that wasn’t already apparent by the other films I’ve watched of his the last couple of weeks. He had a good ten years or so of directing under his belt by the time he started making horror films for Hammer and it shows. The Curse of the Werewolf is a few films after the one-two punch of The Curse of Frankenstein and Dracula, and while there aren’t any specific moments that standout on their own, the entire film is incredibly solid. This film also features what is quickly becoming a Fisher trademark to me, excellent dialogue-free sequences. Werewolf has more than any previous film I’ve seen and they all work incredibly well, selling the terror and the brooding fear to the audience with purely visual filmmaking.

What I find so impressive about the film’s story is its ability to succeed as a horror picture without the explicit appearance of the title monster until the final moments of the film. The key here lies in the film’s distinct difference from the classic Universal film. In The Wolf Man, Lon Chaney Jr. is bit by a werewolf and is informed of the curse by the wolf’s gypsy mother. It’s based around that “scary minority” mentality that a lot of older horror movies subscribe to. In Hammer’s The Curse of the Werewolf, the curse comes about from an accident of birth due to the evil of the privileged class and their complete disrespect of the poor. This is a much more interesting curse genesis to me, and while the specifics of it are completely unbelievable, it is incredibly watchable and engaging. It’s a movie about a guy turning into a wolf for god’s sake, I can’t take it to task for not being realistic. In any case, this curse humanizes the character, as we feel bad and care for the afflicted child even before he is born. 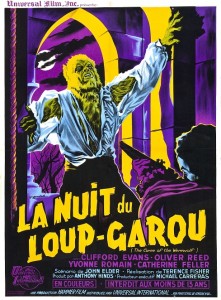 If I’m being critical (where’s the fun in that?), I have to mention the ridiculous child acting in the middle section of the film. The kid who plays the young Leon is bad, just laughably bad. He’s only got a few lines thankfully, helping the film move quickly through some potentially fatal acting quicksand. Also, the film is set in Spain but you’d never know it. Sure, the sets are done in mission style and they all look fantastic, but everyone speaks with the thick, English accents you’d expect from English actors. Every once in a while they throw in a “Señor” or a “Señorita” to remind you that they’re in Spain, but it only serves as an opportunity for laughs. Another stupid moment comes when Oliver Reed is supposed to be going wild and running away, but instead it looks like exactly what it is: Reed running towards the camera, flailing his arms and legs without purpose. It’s hilarious.

The Curse of the Werewolf starts off perfectly with one of the strongest openings in classic horror cinema. It definitely doesn’t hold up this level of quality throughout, but it honestly doesn’t decline by much as it moves along, making for an enjoyable, engaging film that builds itself to a rather obvious conclusion. Minor quibbles aside, The Curse of the Werewolf is a stunning example of a werewolf film and one that I will not soon forget. While this doesn’t feature any amazing transformation sequences such as the bar-setting one seen in An American Werewolf in London, it makes up for what it lacks with true heart and deep characters. I just can’t say it enough, Hammer does not disappoint.