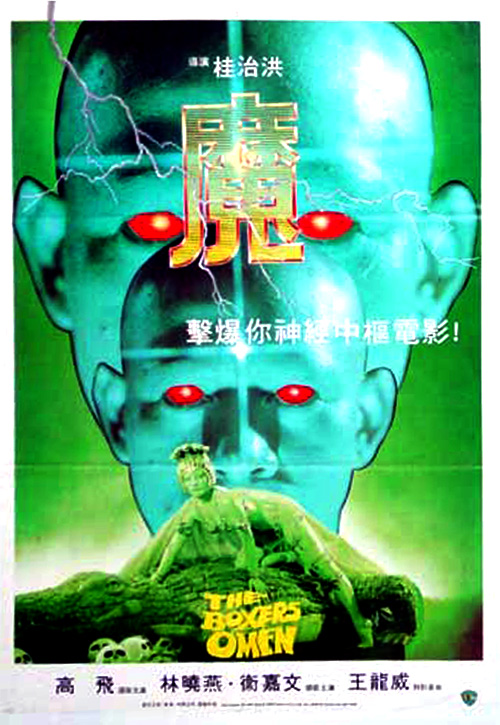 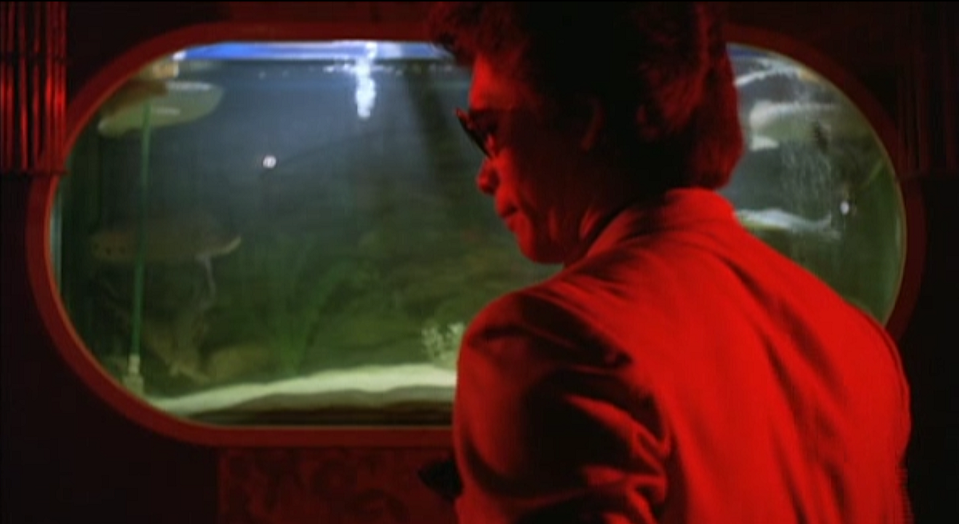 The original Chinese title translates simply to “Magic” and it delivers on that promise in spades, just as Bewitched delivered the “Insanity” its Chinese title promised. The two films are considerably different beasts though. Bewitched starts off slow, before pulling the rug out from under you, throwing the viewer smack dab into the middle of what are probably the greatest on-screen magician battles of all time. The Boxer’s Omen features similar battles but since everything is a little bigger and more exaggerated, it loses a bit of the feeling of reality Bewitched had going for it.

The Boxer’s Omen centers on a boxer from Hong Kong (Phillip Ko Fei) that gets mixed up with some Thai black magic when his brother is handily defeated by the Thai champion, wonderfully played by Bolo Yueng. The man vows to seek revenge and beat the Thai champion, but he didn’t count on the freaky shit they were willing to employ in order to take him out of the picture. In order to defeat them, he must seek the help of the monks that prevailed over the evil sorcerer of Bewitched. Only problem, the Abbot who kicked so much ass in that film is murdered a few minutes into this one by a cunning spell involving spiders and poison needles to the eyes. The boxer is tasked with not only revenging his brother’s defeat, but preserving the Abbot’s intent on achieving immortality, because despite his death his body was preserved and placed in an urn where he awaits the boxer to kill the offending wizard and break the poison spell. Off-the-wall, batshit-insane and wild fun, only begin to sum this film up and this is only a sampling of the first thirty minutes! 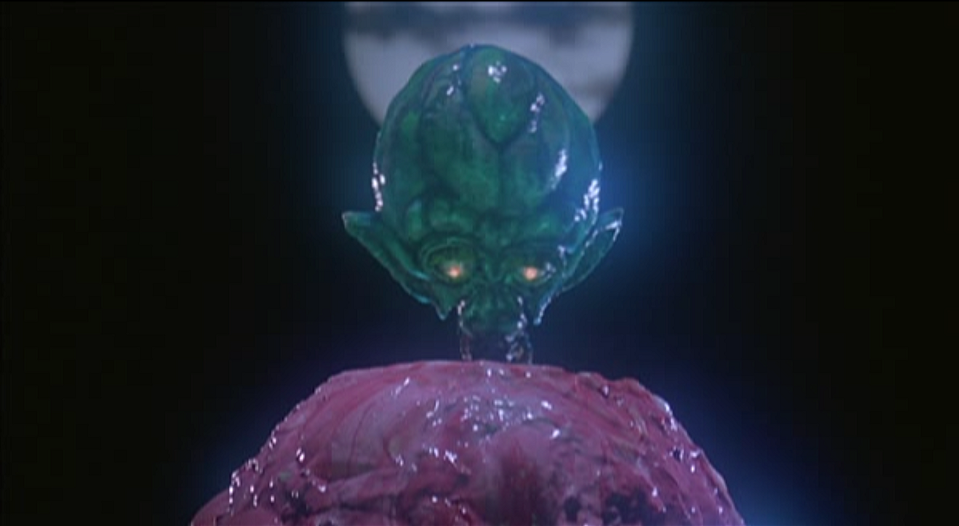 The rest of the film is filled to the brim with all kinds of weird and fucked up shit, from the boxer puking up an eel to a floating alien head with flailing spine spawned from regurgitated chicken guts. One of my favorite moments in the film comes from this scene with the floating alien head. The boxer is successfully able to fend off its attack, causing the head to explode in a shower of sparks. The evil wizard refuses to be outdone and shoves foot-long spikes into his neck after slathering on some vile pancake batter in a fit of rage. What happens next? His fucking head separates from his body, complete with a forest of red, bloody tendrils hanging beneath. The head flies relentlessly at the boxer, wrapping the tendrils around his head in an effort to suffocate and/or tear off the boxer’s own head. I guarantee you’ve never seen anything like this before.

Another of my favorite scenes comes just before that, when the boxer is being trained and educated as a Buddhist monk. They place him inside of a large urn with characters written all over it. Other monks sit around the urn in a circle, each holding a rope that leads into the urn and is held by the boxer. Through the power of their chanting, red light flows from their hands and down the ropes into the urn. The words on the urn animate and swirl around the boxer. After a few moments the words flow onto the boxer himself, leaving the urn stone white. The urn cracks and explodes and the boxer within is empowered and glowing red. I don’t know about you, but for me this is a pretty badass way to get badass. 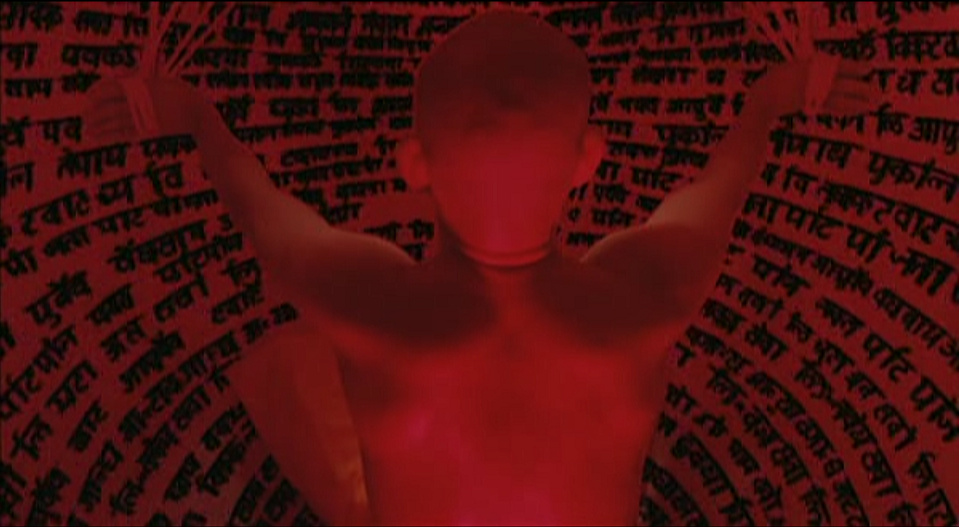 The Boxer’s Omen is a constant stream of awesome and insane black magic antics, almost too much for one film. There’s so much that it’s hard to take it all in at once. This entire film is similar to the second half of Bewitched, but with a much less elaborate setup. This ends up hurting The Boxer’s Omen a bit as fatigue sets in and we don’t care as much about the boxer as we probably should. Regardless of its pacing issues though, it packs a forceful wallop of insanity that will warp and twist the unsuspecting mind that happens upon this after a careless Netflix search. This is a must-see for fans of black magic films and Bewitched especially, as I’m pretty sure this is the pinnacle of the genre in terms of the amount of crazy shit that goes on. All others, well, you’ve been warned.