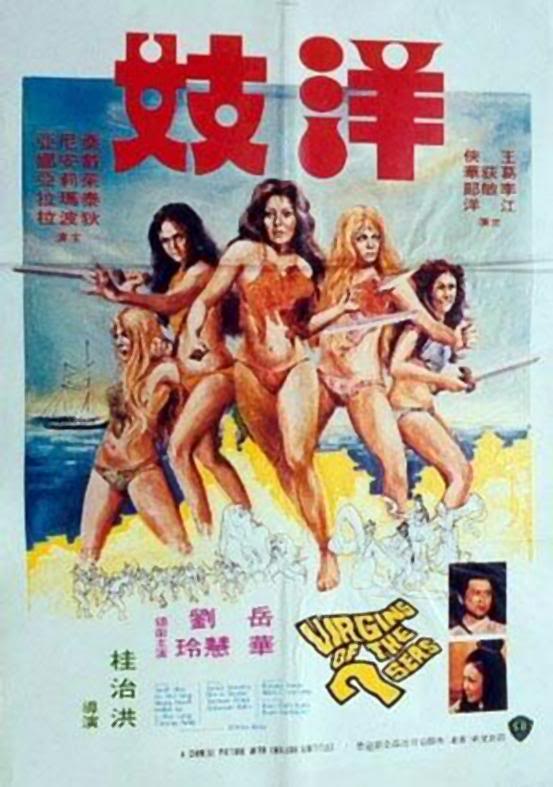 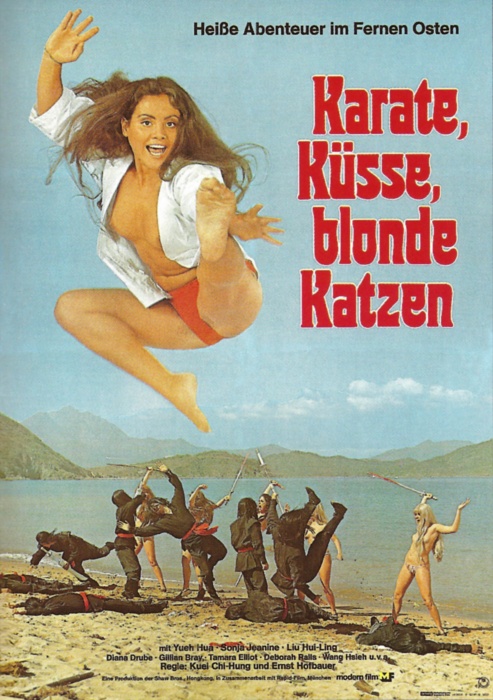 In fact, there are so many memorable scenes, that I can literally fill a review with them. My personal favorites are the just plain ridiculous vagina training sequences which feature the girls working their legs in repeated motions in order to make their “ovens” more warm and supple (one of the instructors describes it as “mattress karate”). Other “stroking” exercises are implemented as well, which are supposed to hone their lovemaking skills, but bear a stunning resemblance to Mr. Miyagi’s “Paint the fence”. Also watch out for the scene where one of the Euro beauties is cornered by a masculine lesbian concubine. She rejects her unladylike advances only to have her clothes torn to shreds by a razor-tipped fan.

Kung Fu training scenes are equally fantastic. When the girls aren’t secretly karate chopping bricks, hitting hot coals, or pounding nails into wood with their bare hands, they are clandestinely being trained in the lost art of projectile spitting high velocity olive seeds! This leads to a hilarious montage of some seriously overcranked olive spitting action. Laugh as you may, but the skill proves to save these ladies more than once from the gang of pervy pirates. The thug’s failed attempts at rape leave them running for the hills with bloody olive seeds embedded in their asses on several occasions.

Umm plot, do I really need to go there? European sex kittens kidnapped by Chinese pirates and sold into prostitution. Somewhere along the way they are secretly trained in kung fu by a sympathetic young Chinese girl living with the gang. After they are sold off to horny midgets, guys with chattering false teeth, and sex-starved pirate lackeys, they are rescued by the Chinese girl’s rogue brother and carted away to safety. Somewhere along the way one of the girls knocks a guy off of a balcony by smacking him in the face with her ass while another one tosses a midget through a brick wall. If a tale that fucking epic doesn’t stir your soul enough to rush to google and track this fucking thing down then you’d better check your pulse because you’re probably dead. 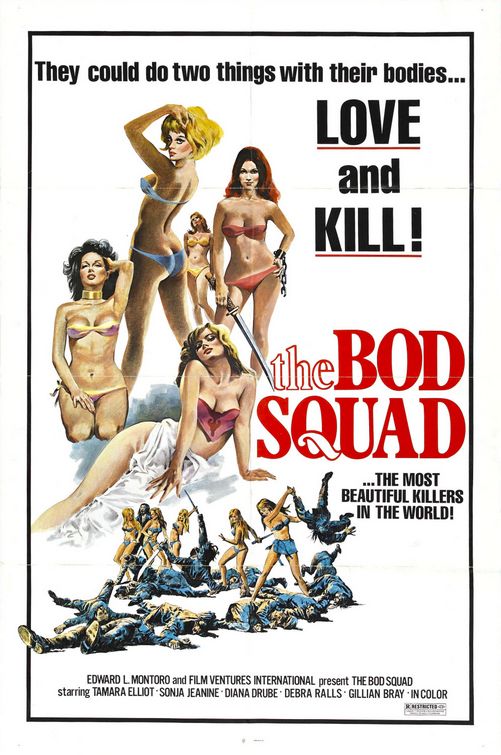 Major kudos are also in order to the German guy that fansubbed this one, as his off the wall translation greatly enhanced my enjoyment here. Anybody who can knock out a line like, “Where did you fish this shit out? It tastes like grandpa under his left testicle” is the next fucking F. Scott Fitzgerald in my book. Some of these are even better than the butchered bleach white subs that used to come with old Hong Kong films in the 80s / early 90s. In fact, I enjoyed this particular translation so much, that I’d like to close this review by sharing a few of my other favorites, for your reading pleasure.

“He has to be fast on the mattress. If he doesn’t deliver, I’ll rip his throng.”

“The sex position was out of style even in old Egypt. Don’t dither you’ll all get a piece.”

“A bath isn’t hazardous. Scrub well grandma, I’m not made of marzipan.”

“Hargh, just dither, I want to see your balls wiggle.”

“When I see your titties shiver my trousers start to dither.”

“You old dirty scumbag. Don’t show of you impotent pfrrrzzzz!”

“If all the Chinese fuck this way, I don’t get how they reached 600 millions.”

And my personal favorite:

“Hands away or you will taste my throng!”

2 thoughts on “Uncle Jasper reviews: Virgins of the Seven Seas (1974)”