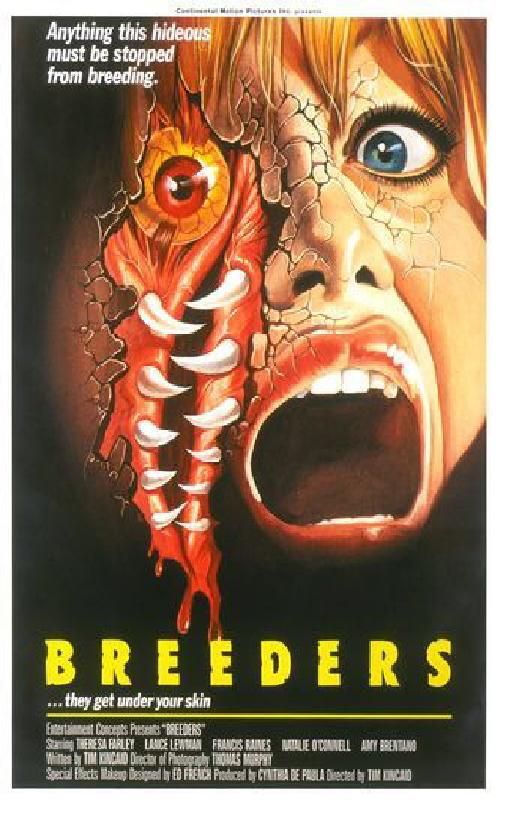 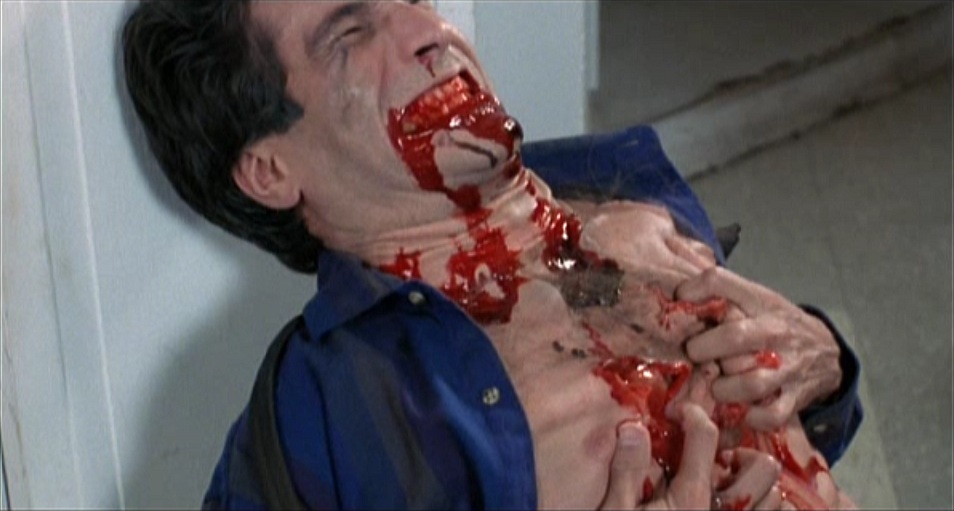 So if the story is this basic and awful, what other than nudity fills the screen time? A series of alien rapes and murders, that’s what! These are usually accompanied by some nudity though, so it’s not so cut and dry. It’s as if the filmmakers just had a bunch of random situations and characters in a hat and pulled them out to make the scenes. I pulled swimsuit model! I pulled alien transformation and tentacle rape! Great, let’s shoot it!

The film does have a few bright spots thanks to some fun and rather gory effects work. The alien transformation I mentioned in the previous paragraph is one of the best moments of the film, as a dude just starts screaming, falls to the ground and rips open his shirt. His chest bubbles and pulsates convincingly and realistically, as if some extra terrestrial creature has burrowed in and will burst out at any moment. They choose the high road and nothing ends bursting out, instead having his chest slowly open into multiple sores squirting blood. The guy starts to pull away his melting skin as the camera cuts away. Shortly after, a bug-eyed alien shoots out its tentacles and rapes the nude swimsuit model screaming directly into the camera. Every one of these rape scenes features an extended shot of the actress screaming directly into the camera. I don’t know that I’ve ever seen another film with this many screaming shots. It’s annoying, but also pretty funny after the second or third time when you start expecting and waiting for it. 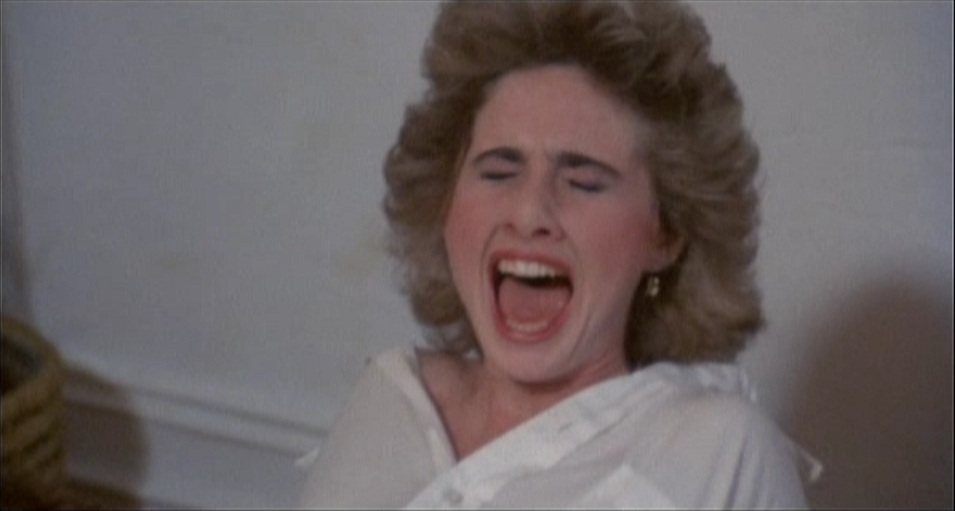 The acting is fucking awful. Some of the cast members are on Troll 2 level here, except without the hilarious over-the-top fun of that film, the acting is just awful. No redeeming values whatsoever. Cinematography and directing are equally awful. The only good thing to say is that the FX are pretty good and the alien suit, while campy, looks nice within the bug-eyed pantheon of alien mansuits. During the final battle, there’s also a mutated alien baby that looks pretty good as he attacks our heroes. Unfortunately, his fight scene with them is one of the least climactic and boring fights in the entire lineage of “Man vs. Aliens” films. It’s so poorly put together and edited that it could be used as an example to teach students how not to make a film. It’s that exceptionally bad. This is followed by a fun moment when we realize that a supporting character is actually the monster! His head slowly transforms and bleeds for a couple of minutes as he tries to relate key information to the heroes, until his head explodes in grand fashion revealing the bug-eyed alien hiding within. It’s a great moment and I only wish the rest of the film around it was as fun.

Make no mistake. Breeders is an absolutely abysmal film in terms of technique, but to simply write it off at that is missing the point though. It’s clear what the intentions of the filmmakers were here, to make a fun film filled with full-frontal and all kinds of alien shit. Kincaid succeeds masterfully in this department and delivers exactly that, so if that sounds good to you, don’t hesitate to check it out. Just don’t expect moral depth or character arcs and you’ll have a good time.

Come back tomorrow as we continue the weekend countdown to Halloween with the little known directorial début of Evil Dead 2 co-writer Scott Spiegel, Intruder!