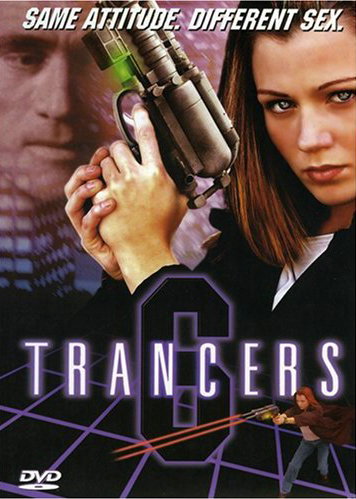 Jack’s daughter, Jo Deth (Zette Sullivan), works in some Astronomy related job (I didn’t pay too close of attention) and observes a meteor shower right before Jack jumps into her body. The moment he does, Sullivan takes on the Jack Deth swagger and speech patterns. Sullivan does a very good job of capturing Thomerson’s spirit and despite all good intentions to dislike it, I found myself enjoying and believing it all. According to the IMDB, Sullivan only had one other film role, which is a shame because she shows a lot of promise. Anyway, when she gets to work she gets some bullshit from her boss about how the meteor shower she reported never happened. Shortly after, a fucking Trancer jumps her but she successfully gets the upper hand. Not to be taken alive, the Trancer does the only noble thing and jumps out of the twenty-story window in one of the most hilarious FX shots of the film. 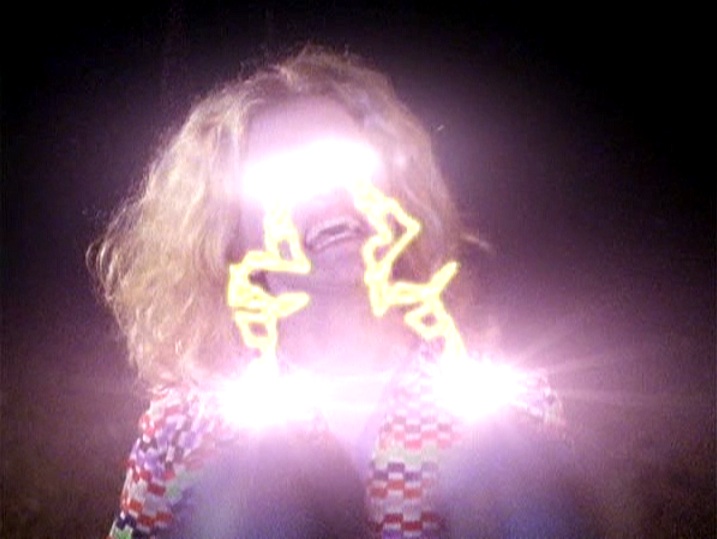 Still with me? The long-winded plot summary is all about to pay off because the people Jo Deth works for are restarting the Trancer army with the meteor that “never happened”. How is that possible? How do you restart an army of crazed zombie-like creatures with a fucking meteor? By hooking some tubes up to it that extract a green liquid and then connecting these tubes to a repurposed Super Soaker™ and shooting unsuspecting homeless people in the eyes with it, that’s how. It’s fantastic! Trancers 6 also does good by me and finally delivers some quality gore for the series. It’s nothing major, but when two girls get ocular-blasted with meteor shit and then proceed to rip a dude’s arm off in classic zombie fashion, I’m smiling from ear to ear. There’s also a teen Trancer that gets shot in the eye pretty early on and has to go through the rest of the film with an ugly “shot eye” prosthetic stuck on his face. This is truly one of the shittiest prosthetics I’ve ever seen, but every single time they showed it, I laughed at it. There’s also loads of Trancer-faced individuals, something the other films always skimped on.

This masterpiece of a script was written under a pseudonym by Trancers III director C. Courtney Joyner and his knowledge of the franchise really helps this film get the job done. Even if it’s essentially a retold Trancers II, it defies all odds and is a hell of a lot of fun. Unfortunately, the film is a bit too long and gets real boring before it reaches the huge action-packed gunfight ending set in an abandoned facility in the Los Angeles hills. Trancers 6 isn’t a very good film, but it’s enjoyable on way too many levels to be called a failure. I expected to hate this one without Thomerson, but the sheer fun and lunacy succeeded in turning me into a supporter. I also learned that there seriously needs to be more “lasers shot into eyes” movie sub-plots. Start the campaign now.