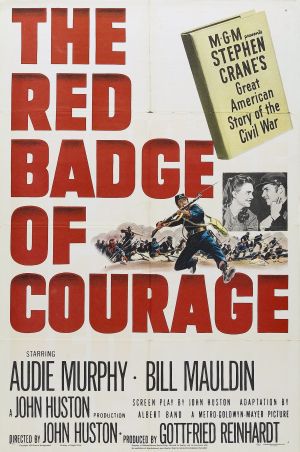 or the film to work, you must connect with Fleming at some level and feel his fear and remorse. Murphy’s fine performance serves the story well and I found myself thoroughly engrossed in his struggle. I can only imagine the fear I too would feel, faced with such seemingly insurmountable odds. When Fleming hears that his company actually triumphed in the battle and that he ran for nothing, his shameful shock comes through brilliantly. When he finally does reconnect with the troops, he seeks to hide the fact that he ran, confusion among the men allowing him to fit right in. He fakes a wound to re-enter the camp and no one is the wiser for his transgressions. 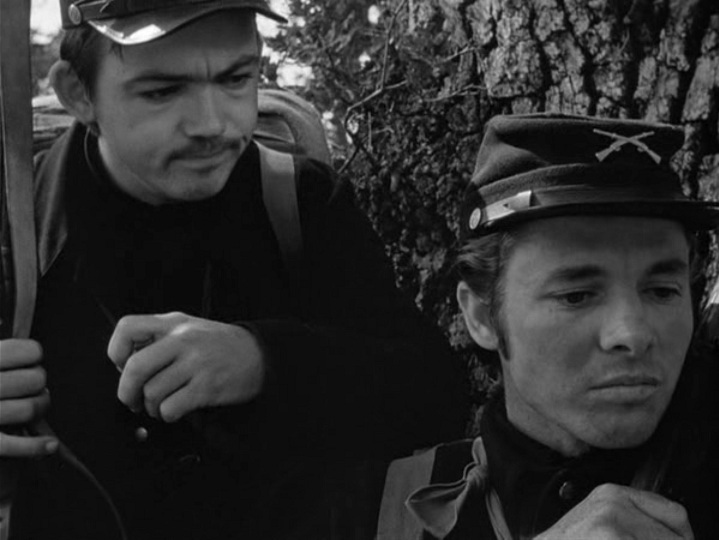 It is here that Fleming turns over a new leaf and when forced into another battle, he goes completely wild and single-handedly runs out into the open battlefield, firing and reloading his gun like a madman. The Confederates turn away feeling overwhelmed and the Union soldiers laud Fleming as a hero and a “wildcat.” Afterward, when the men enter into another battle, Fleming leads the charge with Union flag in hand and his buddy (played by cartoonist Bill Mauldin) at his side. After the battle, the two men sit side by side and Fleming confesses that he ran from the first battle. To his surprise, his friend reveals that he too ran, but was forced back by the commander. In this moment, Fleming realizes that his actions and feelings weren’t simply his own, but a natural response to the situation and he feels better about the whole experience. He learns a great lesson here, that no one goes into battle completely devoid of fear and that fear is nothing to be ashamed of. 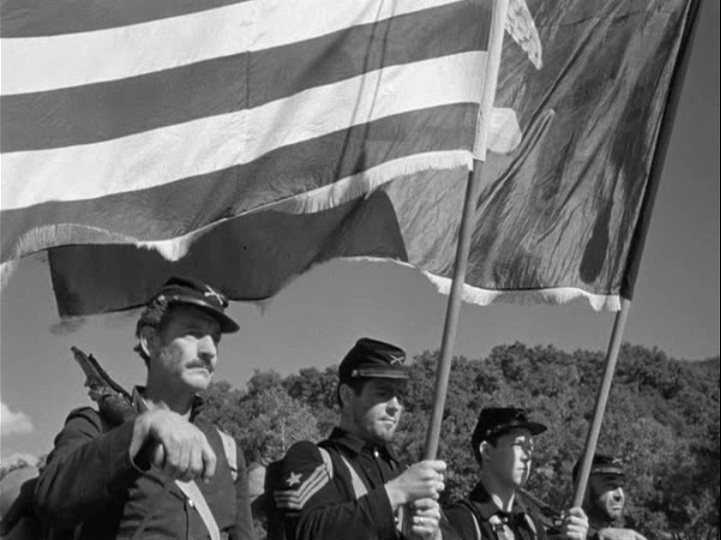 The film holds up surprisingly well for a war film made 59 years ago. The battles are intense and well shot, with large exterior shots of hills and fields covered in smoke, explosions from cannon fire and dead soldiers. The film was made at the height of Huston’s career, released between his classics The Asphalt Jungle and The African Queen. Huston was ultimately unhappy with the film as the studio trimmed it down to its current 70-minute runtime without his consent, but despite that, the film is a success. Probably the only thing for me that blatantly betrays the film’s production date is the fairly standard 1950s music score that lays over the entire film. While it’s not a bad score, it definitely dates the picture more than any other aspect.

Overall, The Red Badge of Courage is a well shot, contemplative look at the nature of war and the inner turmoil of its combatants. I would recommend it to fans of Huston’s work or war films in general, as it is a bit different in tone than your standard, near-propaganda war films from this era. As an interesting side note, the film credits the book-to-film adaptation to one Albert Band, father of Charles Band, head of Empire International and Full Moon Entertainment. Albert would later go one to work on many interesting film projects, from co-directing the spaghetti western Grand Canyon Massacre with Sergio Corbucci, to working with his son and directing Ghoulies II!